How to pronounce French food

We all love French food, we always did. Yet, we keep mispronouncing the best French dishes when ordering them at the restaurant. Here find more than 20 mispronounced French dishes, read the recipes and the facts, and learn how to pronounce them correctly. 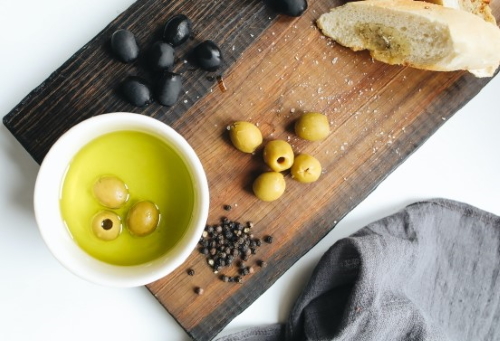 Aioli or Aïoli is a typical sauce that is made from garlic and oil, sometimes lemon juice and egg yolk as an emulsifier are added. This sauce is used especially in Provence (France), but also in the Mediterranean coasts of Spain and in the south of Italy.
The word aioli derives from the Provençal dialect spoken in the South of France, and it is a compound of garlic and oil. Click Aïoli and learn how to pronounce it correctly.

Andouille is a French smoked pork sausage, and it is usually eaten as an appetizer in France. Andouille can indicate a variety of different kinds of sausage depending on the region of provenance, the ingredients or the way it is cooked. Click Andouille and read all about it and learn how to pronounce it.

Béchamel, or white sauce in English, is a traditional French sauce. Béchamel is made by a mixture of cooked butter, flour and milk. Béchamel is typically used to make Lasagna.
Click Béchamel and read when it was created and listen to the correct pronunciation in French.

Beignet means fritter in French. It is a deep-fried pastry usually made from choux pastry, but may also be made with different kinds of pastry. Click Beignet and learn how to pronounce it correctly.

Bouillabaisse is a traditional fish stew from Provence, a region in the south of France. The word bouillabaisse comes from the Provençal Occitan word bolhabaissa, the union of the two verbs bolhir (to boil) and abaissar (to reduce heat), which means to simmer.
Click the word Bouillabaisse and listen to the correct French pronunciation.

A Brioche is a French viennoiserie, which is a baked dough good similar to bread, but contains eggs, butter, milk and cream. A brioche bun typically has a quite puffy, light and soft texture.
Brioche can be eaten plain for breakfast, dessert or as a snack, with different fillings. Click Brioche, learn more about it and listen to the correct pronunciation.

Charcuterie is a French word to indicate precooked and cured meats (also known as cold cuts) mainly from pork and other products such as pâtés, confit and ballotines. Click Charcuterie and learn how to pronounce this word correctly.

Cointreau is a brand of a French liqueur. It is an orange-flavored liqueur that is often used in cocktails. Its name derives from the last name of the Cointreau brothers. Click Cointreau and learn when it was created and listen how to pronounce it in French.

A crêpe is a French dessert looking such as a thin pancake that can be served with a variety of sweet or savoury fillings. Crêpe is commonly spelled as crepe in English and the word derives from the Latin word crispa, which means creases. The reason crêpes have this name is because of the creases and undulations that appear on the batter when it spreads out. Click Crêpe and listen how to pronounce it correctly.

The croissant is a French buttery and flaky pastry originating from Austria. It is made with butter and yeast-leavened dough and can be filled with a number of different marmalade and creams. The origins of the croissant can be found in the kipferl, a traditional yeast bread roll from Austria. Click Croissant and read all about this pastry and learn how to say it in French.

Crudités are French appetizers consisting of raw vegetables served whole or sliced. Crudités are staple of traditional French cuisine and are often served with a dipping sauce or vinaigrette. Click Crudités and listen to the correct pronunciation in French.

Coq au vin is a traditional French dish made with chicken braised with wine, lardons, onions and mushrooms, and sometimes garlic and brandy.
The name coq au vin literally means "cock with wine" since the traditional recipe was once made with cock or rooster while now it is usually made with normal chicken. Click Coq au vin and learn how to pronounce it correctly.

Gruyère is a Swiss cheese and authentic gruyère can only be produced in Switzerland, not in France. Gruyère is made from cow's milk, and it is often used for baking, cooking fondues or onion soup. Click the word Gruyère and read all about this cheese and listen to the correct pronunciation in French.

Hors-d'œuvre is the French word to indicate appetizers, a small serving to be enjoyed before a meal in European cuisine. In Italian, it is called antipasto in Italian. Click Hors-d'œuvre and listen to the correct pronunciation.

Macaron is a French word to indicate a sweet made from two meringue disks with a butter-based flavored cream in the middle.
It is said that macarons originally derived from Italy, and their name come from maccheroni, a type of pasta.
Click Macaron and learn how to pronounce it correctly.

Niçoise is a French word to indicate something or someone coming from Nice, a small town in France. Speaking about food, it indicates a traditional salad with tomatoes, hard-boiled eggs, olives, and anchovies, with a vinaigrette dressing. Click Niçoise and listen to the correct pronunciation.

Poutine is a dish from Québec, often considered as Canada's national dish. Poutine is made with French fries topped by cheese curds and brown chicken gravy. Poutine is a French word, and it needs to pronounced in French, but you might hear a different pronunciation in Quebec, even if French is the official language. Click Poutine and listen carefully how you might hear it pronounced.

Sous vide, or sous-vide is not a dish but a French method of cooking which consists in cooking food in a pressurized plastic bag or container immersed in hot water. The words sous vide literally means under vacuum in French, where "sous" translates to "under" and "vide" translates to "vacuum". Click Sous vide and listen to the correct pronunciation.

Vinaigrette is a French salad condiment that is usually made with olive oil, salt and vinegar that are made into an emulsion. Vinaigrette is also served as a dip for crudités as part of an appetizer or hors-d'œuvre.
The word vinaigrette derives from the diminutive form of the French word for vinegar, vinaigre. Click Vinaigrette and listen to the correct pronunciation.

Vol-au-vent is a French expression to indicate windblown. If you are reading a menu at the restaurant, vol-au-vent is a tiny basket made of puff pastry filled with various creamy fillings. Click Vol-au-vent and listen carefully to the French pronunciation.