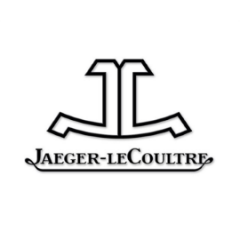 Jaeger-LeCoultre is a Swiss luxury watch company and brand founded by Antoine LeCoultre, in 1833. LeCoultre was a Swiss watchmaker and inventor: he created a machine for cutting watch pinions from steel and a system to rewind watches without using a key. He also invented the Millionomètre, the most precise measuring instrument at that time.
Since 2000, Jaeger-LeCoultre has been owned by Swiss luxury conglomerate Richemont, and Jaeger-LeCoultre is considered one of its top luxury brands.
The company was originally named after Antoine LeCoultre and owned by his grand-sons after his death in 1888. In 1903, the French watchmaker Edmond Jaeger signed an exclusive contract with Cartier, and the movements used for his watches were produced by LeCoultre. This initiated a collaboration that would lead them to join their firms and name the company Jaeger-LeCoultre.
Since both the name Jaeger and the name LeCoultre are French names, they are both pronounced in French.
So, the correct pronunciation of Jaeger-LeCoultre is Jeh-jair Luh-cool-truh.
The "j" and "g" in Jaeger are pronounced in the same way, which is close to a "j" sound. Technically, the "j" and "g" are actually pronounced like the "s" in the word "vision". The "ae" in Jaeger is then pronounced with an "eh" sound, while the "er" is pronounced similarly to the word "air".
In LeCoultre, the "Le" is pronounced as "luh". The "ou" is then pronounced with a double "o" sound. The "tre" at the end is pronounced as "truh". However, the "r" in LeCoultre is pronounced as a French guttural "r". The guttural "r" is not fundamental to achieving a good pronunciation: it is sufficient to pronounce the -uh after the "r" in order to place less emphasis on that "r" and have a more natural French pronunciation.
READ MORE
Luxury watches: brands and pronunciation