2020 NBA All-Star Game Rosters: How to Pronounce this Year's Players

The 2020 NBA All-Star Game will be held on February 16, in Chicago. Like every year, the NBA players who performed best during the first half of the season are selected to play in this year’s exhibition game.

With an influx of players chosen for the first time, this presents a new challenge in learning how to pronounce their names properly. Here you’ll find the complete rosters with links to each player’s name pronounced properly (and with foreign names that aren’t “Americanized”, as so often happens during NBA broadcasts). 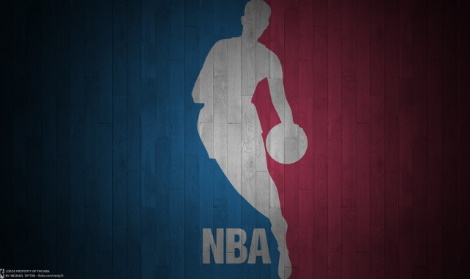 This year’s format: in memory of Kobe

First, a note on this year’s special format that is designed to honor the late Kobe Bryant and his daughter Gianna, and will played for charity.

The first three quarters will be scored as individual games and the winning team in each quarter will choose which charity to donate to.

The last quarter will begin with the added scores from each team and the first to reach the target score will win the game, subsequently deciding where to donate the largest amount of charity money.

The final score will be determined by adding 24 points to the leading team’s score, in honor of Kobe Bryant’s jersey number.

As has become customary, fans, journalists and players vote on who deserves to be an All-Star and the leading vote getter is nominated as Team Captain.

This year, like last year, the two leading vote getters and team captains will be LeBron James and Giannis Antetokounmpo.

The Los Angeles Lakers Head Coach will coach Team LeBron after leading the Lakers to the best record in the Western Conference.

This is the second time he has coached the All-Star game after having been selected in 2014 when he coached the Indiana Pacers.

The Laker star will be playing his 16th All-Star game, making him third in All-Star selections in NBA history, behind Kobe and Kareem Abdul-Jabbar.

The star big man will be starting in his 7th All-Star game and his first one since joining the Lakers last Summer.

The NBA’s leading scorer and 2018 MVP will be playing in his 8th All-Star game, representing the Houston Rockets.

The reigning Finals MVP and two-time Defensive Player of the Year will be starring in his 4th All-Star game and first since joining the Los Angeles Clippers.

The Slovenian phenom who stars for the Dallas Mavericks is still only 20 years old but has already been selected for his first All-Star appearance after having won Rookie of the Year in 2019.

The star player for the Portland Trail Blazers has had a fantastic season averaging career-highs in both points and assists per game and therefore earned his 5th All-Star selection.

The versatile Australian playmaker was selected for his 2nd All-Star appearance, after having won Rookie of the Year in 2018.

The immensely talented Serbian Center will represent the Denver Nuggets for his 2nd consecutive All-Star selection.

The Boston Celtics’ Forward received his first All-Star selection thanks to his consistent and versatile play.

The veteran Point Guard has earned his 10th All-Star selection by leading a young Oklahoma City Thunder team to fight for an improbable playoff spot.

In his first season alongside Harden playing for the Houston Rockets, Westbrook has continued his stellar play, earning his 8th All-Star selection.

The versatile Lithuanian big man, and son of basketball legend Arvydas, was selected for his first All-Star game, representing the Indiana Pacers.

The Toronto Raptors Head Coach will be coaching Team Giannis in the All-Star game. This is the first time he’s coached an All-Star game after leading the Raptors to the 2nd best record in the Eastern Conference. Nick Nurse coached the Raptors to the NBA Championship last year. He was selected in place of Mike Budenholzer who coached Team Giannis last year and is not allowed to do it in consecutive years.

The Greek Freak, who won last year’s Most Valuable Player, will play in his 4th All-Star game, representing the league-best Milwaukee Bucks.

The Cameroonian Forward who won the Most Improved Player award in 2019 will start in the first All-Star game of his career.

The Center from Cameroon will start in his 3rd All-Star selection, representing the Philadelphia 76ers.

The Point Guard will play in his 4th All-Star game and his first as a member of the Boston Celtics.

The young Atlanta Hawks star will play in his first All-Star game after his excellent play in the first half of the season.

The breakout forward/center for the Miami Heat earned his first All-Star selection thanks to his versatile play and team success.

Since being traded by the Lakers and playing for the New Orleans Pelicans, Ingram is averaging a career-high in scoring and is a frontrunner for Most Improved Player. This will be the first All-Star game of his young career.

After being snubbed last year, the French Center and two-time Defensive Player of the Year has finally obtained his first All-Star selection.

The 2018 Slam Dunk Contest Champion will represent the surging Utah Jazz for his first All-Star selection of his career.

Butler once again upped his game in his first season leading the Miami Heat by averaging career highs in both rebounds and assists while earning his 5th All-Star selection.

The veteran Point Guard continues his tough play for the Toronto Raptors, earning his 6th selection.

After earning a spot on the team last year, Middleton gain his 2nd All-Star nod thanks to his incredibly efficient play for the Bucks.