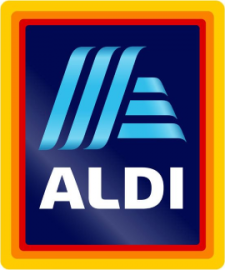 Aldi is the name of two different German discount supermarket chains that operate globally. The business was split into two in 1960 and became Aldi Nord and Aldi Süd. The two operate under the name Aldi in different parts of Germany and in different countries except for the USA, where they both operate.
The name Aldi comes from an abbreviation using the first two letters of the founder's surname, Albrecht, and diskont, the German word for discount.
​Aldi's main competitor is the discount supermarket Lidl.
The correct pronunciation of Aldi is Ahl-dee.
The first syllable in Aldi is pronounced with a short "a", which means it is pronounced with an "ah" sound. In German, this "ah" sound is pronounced in a very open manner.
The "i" in Aldi is pronounced as a long "e", which means it is pronounced with an "ee" sound.