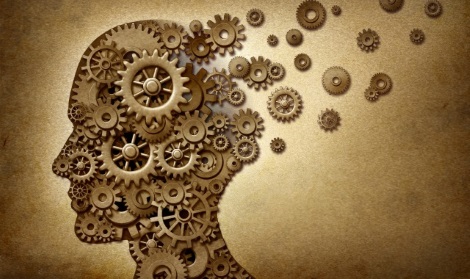 "Madness is the acme of intelligence"
(Naguib Mahfouz)

They are the greatest writers, poets, musicians, painters, philosophers... of all time. They represent the excellence in their fields, but they all have something in common: each one of them is an insane genius.
Read about their mental illness, their obsessions, and listen to the correct pronunciation of their names.

Ernest Hemingway, the Pulitzer Prize winner for fiction and Nobel Laureate for Literature in 1954, was one of the most important writers of the twentieth century. His most enduring challenge, though, was mental health. Hemingway was a heavy drinker, had various periods of Depression, and it seems he may have also had Bipolar Disorder, Borderline and Narcissistic Personality Traits. Furthermore, he experienced paranoid delusions that caused various hospitalizations and subjection to electroshock therapy. His life ended in suicide, like his father and siblings.

Through his lifetime, the Frenchman Jean-Jacques Rousseau managed to accomplish extraordinary contributions to the fields of political philosophy, sociology, and pedagogy. He wrote Le Contrat Social and Emile, or On Education. He even was a successful composer. But all this comes at a price: Rousseau suffered numerous and often constant bouts of mental illness, including fears of abandonment, Hypochondria, and Paranoid fantasies. David Hume, fellow genius and one of Rousseau’s close friends, once wrote “he is plainly mad, after long being maddish”.

Virginia Woolf was a novelist, essayist, publisher, and critic. She was also a leading figure in the Bloomsbury Group of intellectual. It is thought that her serious mental issues stemmed from manic depression, also known as Bipolar Disorder. She herself claimed, in her last letter to her husband, political theorist and author Leonard Woolf, that she felt she was going crazy again and could not work because she would hear voices. She then drowned herself in 1941.

Sylvia Plath was an American poet and writer. She won a posthumous Pulitzer Prize for Poetry and is known to have advances the genre of confessional poetry through her works. She is also known to have been clinically depressed for most of her short life. It is also speculated that she may have had Bipolar Disorder or Borderline Personality Disorder. The psychologist James. C. Kaufman coined the term “Sylvia Plath Effect” to denote the occurrence of poets being more susceptible to mental illness than other creative writers.

Ludwig Wittgenstein, from Austria, was one of the most celebrated geniuses of the twentieth century. He was a mathematician, philosopher, and logician. His teacher was Bertrand Russell, a genius in his own right, who once described Wittgenstein as "the most perfect example I have ever known of genius as traditionally conceived; passionate, profound, intense, and dominating". Wittgenstein was said to have had a Schizoid personality and a certain number of Phobias that caused him to heavily rely on Russell often in his life.

The Russian author Lev Nikolayevich Tolstoy is considered to be one of the greatest novelists ever. He has written masterpieces such as War and Peace and Anna Karenina. Through his works, Tolstoy explored his own struggle with Depression, and one of its frequent symptoms, rumination. At various points in his life he contemplated suicide, but never arrived to committing it, even considering himself a moral failure because of his lack of courage.

Ludwig van Beethoven was one of the most important musical geniuses to ever have lived. It is well-known that he eventually became close to completely deaf, but that wasn’t the extent of his health problems. It is probable that he suffered from Bipolar Disorder. His fits of mania were when he composed the bulk of his work, but then he also had periods of Depression where he would lose interest in music and stop composing.

Marcel Proust was a French novelist, best known as the author of À la recherche du temps perdu (In Search of Lost Time). Proust was the first to coin the term “involuntary memory”, which is a subcomponent of memory that occurs when we are able to recollect past memories without conscious effort from cues in our everyday life. Proust may have developed this concept, which is now widely studied by the scientific community, because of the heightened emotional intensity given by Borderline Personality Disorder.

Ezra Pound was one of the most important and outspoken American poets and critics of the early modernist movement. When he was transferred back to the United States following his arrest for treason, Pound was admitted to a hospital for the criminally insane. There he was diagnosed with Narcissistic Personality Disorder and subsequently also with Schizophrenia.

The Norwegian painter Edvard Munch, most famously known for The Scream, is known to have had various symptoms of mental health issues. These include Depression, possible personality disorders, panic attacks, Agoraphobia, and Hallucinatory voices. He was notoriously a heavy drinker and used alcohol to placate his pervasive rage. Many of his works are extraordinarily expressive and psychologically incisive, undoubtedly due to his inner troubles.