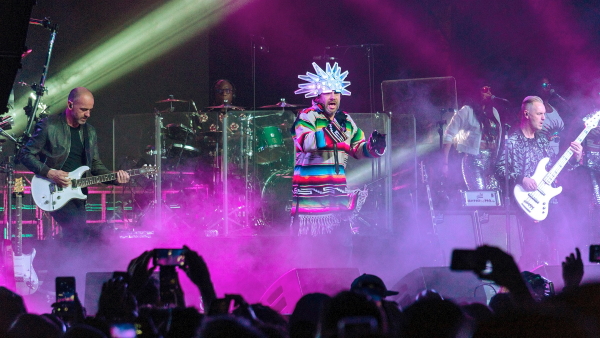 Jamiroquai is a Grammy Award-winning English band. The bandleader and singer Jay Kay became so famous that most of the fans thought he was a solo artist named Jamiroquai.

But which is the origin of this name? Jamiroquai is a mix of Jam session and Iroquois, the Native Indian Americans from the Iroquois tribe. Jay Kay feels very close to this tribe, that's why he picked this name for his band.
The correct pronunciation of Jamiroquai is jah-mee-ROH-kooah-ee. The stress is on the capital letters.