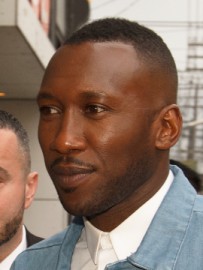 Mahershala Ali is an American actor and rapper whose full name is Mahershalalhashbaz Gilmore. Mahershala Ali has been the recipient of numerous acting awards, including two Academy Awards for Best Supporting Actor in the movie Moonlight and in the movie Green Light.
His full name, Mahershalalhashbaz, derives from the Book of Isaiah, in the Old testament and was chosen by his mother, who was a Baptist Minister. Ali shortened his first name to Mahershala because, given his desire to be an actor in Hollywood, he realized it would have inhibited his chances of recognition. He officially decided to change it when he was told it wouldn't fit on the poster of the movie The Place Beyond the Pines. In 2000, Mahershala also converted to Islam and changed his last name from Gilmore to Ali.
The correct pronunciation of Mahershala Ali in English is Muh-har-shull-uh Uh-lee.