2020 Academy Awards: How to pronounce this year's nominees

On February 9th 2020, the 92nd Academy Awards will be held at the Dolby Theatre in Los Angeles. While we anxiously wait for the winners to be announced, here's a list of this year's nominees and how to pronounce their names. 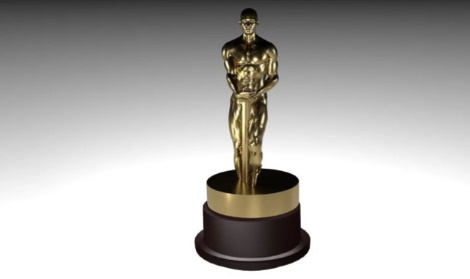 Cynthia Erivo was nominated for her role in the movie Harriet, where she plays Harriet Tubman, the American activist who fought for the abolition of slavery and women's right to vote.

In the movie Marriage Story, Scarlett Johansson plays the role of Nicole Barber, a married woman who finds herself placing her husband's career ahead of her own dreams and ambitions, until they painfully separate.

This year's nomination is already the fourth for the young (and unpronounceable) Irish actress. This year, she was nominated for her excellent performance as the rebellious and anti-conformist Jo in the film Little Women.

In the movie Bombshell, Charlize Theron plays the Fox News reporter Megyn Kelly, who, alongside her colleagues, sets out to expose CEO Roger Ailes for the sexual harassment taking place a the company.

For this year's nomination, Renée Zellweger played the extraordinary actress, singer and dancer, Judy Garland, in the film Judy.

For his first Academy Award nomination, Antonio Banderas played the part of a director who must come to terms with his own physical and mental decline in the film Pain and Glory, by Pedro Almodóvar.

In Once Upon a Time...in Hollywood, DiCaprio plays the part of an actor living through the changes of Hollywood in the '60s.

Adam Driver was nominated for his role as Charlie Barber, the husband in Marriage Story.

Joaquin Phoenix received a well-deserved nomination for his extraordinarily intense performance in Joker, making the movie one of the most widely acclaimed of the past year.

Pryce received the nomination for the role as Pope Francis, played in the The Two Popes alongside Anthony Hopkins as Pope Benedict XVI.

Kathy Bates received her nomination for her role as Richard Jewell's mother in the film Richard Jewell, about the 1996 Olympic Bombings and directed by Clint Eastwood.

In Marriage Story, Laura Dern plays a successful family lawyer who is tasked with representing the female protagonist, played by Scarlett Johansson.

For her second Oscar nomination of the year, Scarlett Johansson plays Johannes Betzler's mother in the film Jojo Rabbit, by director Taika Waititi.

Florence Pugh received the nomination for her excellent and dignified performance as Amy March, the youngest sister, in the film Little Women.

Margot Robbie plays the character of Kayla Pospisil, one of Fox News' employees in the film Bombshell.

Once again nominated for an Oscar, this year Tom Hanks plays the role of TV personality Fred Rogers in the movie A Beautiful Day in the Neighborhood.

The legendary actor received this year's nomination for his role as Pope Benedict XVI alongside Jonathan Pryce in the film The Two Popes.

This year Al Pacino received his nomination for his performance as the controversial union leader Jimmy Hoffa, in Martin Scorsese's epic The Irishman.

Joe Pesci was nominated for his great performance as Italian mob boss Russel Buffalino in The Irishman.

Brad Pitt received this year's nomination for his role as Rick Dalton's stunt double played alongside DiCaprio's Oscar-nominated performance in Once Upon a Time... in Hollywood.

Once Upon a Time... in Hollywood

Quentin Tarantino - Once Upon a Time... in Hollywood

Once Upon a Time... in Hollywood