What you need to know about Brexit: a simple explanation of a complex issue

Brexit has been one of the most discussed topics in the past three years. The topic has become increasingly complex and hard to understand. Here you’ll find a clear summary and explanation of Brexit in layman’s terms. We’ll explain what Brexit is and how it started, what deal and no-deal means, why Ireland and the Irish backstop are a crucial problem, Boris Johnson’s latest negotiations and the risk of no deal and what some of the possible consequences of Brexit may be. 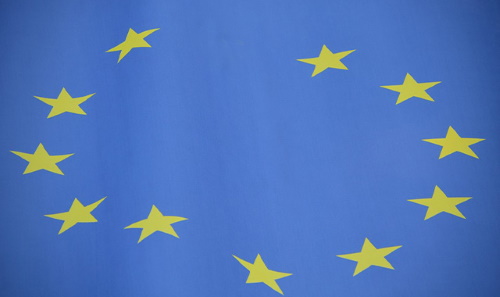 The term Brexit refers to the process of withdrawal from the European Union by the United Kingdom.

The European Union is a political and economic union of 28 states with a single market that guarantees the free movement people, goods and services.

The UK joined the European Community in 1973 but sentiments of euroscepticism have been increasingly present since joining.

In June 2016 a referendum was held in the United Kingdom to determine whether the UK should remain or leave the European Union.

When David Cameron was confirmed Prime Minister after the 2015 general election, he fulfilled his electoral promise to hold the referendum. In part, this was motivated by the need to recover consensus from the many citizens who had voted for UKIP (United Kingdom Independence Party) lead by Nigel Farage, during the 2014 European Parliament election

The decision to hold the referendum was backed by all parties in the UK, except the Scottish National Party.

Because of Cameron’s campaign in favour of Remain, he decided to step down as Prime Minister after he lost the referendum. Consequently, Theresa May won the leadership bid in the Conservative Party (Tories) and became Prime Minister.

Given the referendum result to leave the EU, Theresa May invoked article 50 of the Lisbon Convention. Article 50 permits a member state of the EU to withdraw from the Union. Article 50 was activated by the UK on 29 March 2017, whereby the EU’s treaties cease to apply after two years. The deadline, upon request by the UK, has been extended twice, with the current deadline on 31 October 2019, In the meantime, an agreement or deal may be reached between the withdrawing country and the EU.

Reaching a Deal is fundamental for both the EU and the UK because a number of issues that were regulated through the EU’s treatises now have to be separately negotiated.

The most pressing issue is the matter of Ireland. The Republic of Ireland is a member state of the EU and a sovereign state, which is not part of the UK. But Ireland also borders with Northern Ireland, which is part of the UK. This means that while Northern Ireland will leave the EU, Ireland will not. This is fundamental because until the Good Friday Agreement in 1998, the two Irelands had been in a decades-long conflict called the Troubles. The border between the two currently is a soft border, with a lesser need for checks because of the common European framework that both are part of.

With the UK, including Northern Ireland, leaving the EU, a new agreement must be found to regulate the border because it would become an external EU border. A return to a hard border would risk jeopardizing peace between the two Irelands. At the same time, maintaining a soft border as is would grant backdoor access to the European Single Market to the UK through Northern Ireland.

The proposed solution negotiated by Theresa May was to implement a backstop agreement whereby Northern Ireland would be subject to a number of EU rules, stopping the need for a hard border until another solution is reached.

The Irish backstop is one of the reasons May could not get her deals ratified by British Parliament, as they were seen as maintaining the UK tied to the EU.

A solution to the Irish Border, in the form of a backstop or something similar is seen as fundamental for peace by the Irish Taoiseach, Leo Varadkar of the Fine Gael party, as well as for the EU.

Since Boris Johnson became Prime Minister he pledged to leave the EU by the deadline of 31 October, deal or no-deal. The deals he proposed were deals that were not deemed acceptable to EU Chief Negotiator Michel Barnier They were seen as a negotiating tactic to convince the EU that the UK would realistically leave without a deal.

The prospect of leaving the EU without a deal was not seen as acceptable to the British Parliament, in which the Government does not currently hold a majority. Consequently they passed the Benn Act, which mandates that Boris Johnson must request a further extension to negotiate a deal by 19 October, unless a deal is approved.

No-deal is a big deal: Possible Consequences of Brexit

Many of the consequences of Brexit are extremely difficult to foresee without knowing what will be agreed on in a potential deal.

What is becoming increasingly clear is that a no-deal Brexit would have a much greater effect on the UK than it would the EU. Roughly half the imports and exports of the UK are with the EU. This could cause rises in prices and even food shortages. The Pound would further devalue and GDP is set to decrease. There would also be enormous uncertainty for the status of millions of EU citizens living in the UK and viceversa.

If the UK were to leave the EU, Scotland, which is part of the UK would likely hold a new referendum about their permanence in the UK. Scotland would prefer to stay in the EU, but because of Brexit they also would be forced to leave.

Latest News and The Future of Brexit

It seems very unlikely that Boris Johnson’s government will be able to reach a deal by 31 October. What will probably happen is that the UK will obtain an extension to its membership in the EU in order to reach a deal.

After that, there are two concrete possibilities currently in play.

A Government of National Unity could be formed by opposition parties and defecting Tories with the only goal of mandating a new referendum because of the change in public opinion on Brexit.

A potential Prime Minister could be Jeremy Corbyn, the leader of the Labour Party, although it seems unlikely he could garner a united majority.

Another name that has been floated is the Conservative Speaker of the House of Commons, John Bercow. John Bercow has become very popular lately because of his defence of parliament from the recent attacks by Boris Johnson.

The other possibility would be a general election where parties would be strongly identified with their position on Brexit.

The only sure thing is that the future of Brexit is still very unclear, but the second half of October should indicate what will happen.