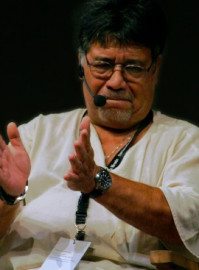 Luis Sepúlveda was a Chilean writer, film director, journalist and political activist who fought against Augusto Pinochet and his regime in Chile. His full name was Luis Sepúlveda Calfucura. He wrote The Story of A Seagull and The Cat Who Taught Her To Fly and The Old Man Who Read Love Stories, which was his first novel that conquered the literary scene in the 1980s.
On March 1, 2020 he was confirmed to have contracted COVID-19, from which he subsequently died on April 16.