Valentine's Day: I love you in different languages 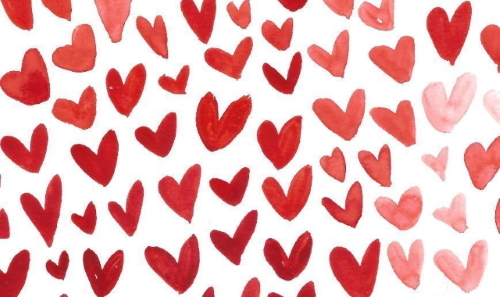 We don't know if the pandemic is over yet, but we can't forget to show our love and affection on February 14th. Get ready for Valentine's Day by learning to say I love you in different languages and discover the real meaning of these words in other countries.
Click the blue words and listen to their correct pronunciation or read their pronunciation (remember: the stress is on the capital letters).

I love you in Italian: Ti amo

Ti amo, I love you in Italian, sounds so charming, so enchanting to hear, but do not think this is an everyday expression to be heard in Rome or Milan. Actually, Italian women very often resent Italian men not pronouncing enough ti amos. On the other hand, in Italy people think that British and Americans overuse this expression: I love tea, I love New York, I love my son, I love my husband, I love my dog. Italians pronounce ti amo only to the person they really love, such a lover, a husband/wife, a boyfriend/girlfriend. To a friend, a close relative, even a son, they feel more comfortable saying Ti voglio bene, which can be translated as I feel for you so much affection, I really care for you.
The correct pronunciation of ti amo is tee AH-moh.

I love you in French: Je t'aime

Even in one of the most romantic countries in the world, pronouncing Je t'aime may sound difficult. If you love someone born in France, don’t be upset if you do not hear those romantic words as often as you would like to. But if they take you to Le Mur des Je T'aime, it is like they have said it. The Wall of I love you is an artwork by French artist Frédéric Baron, and it is a massive wall of 10 metres by 4 in which you can find Je t’aime written in more than 300 languages in the world.
Je t'aime is pronounced zhe-TEM.

I love you in Spanish: Te quiero or Te amo

In Spain, Te quiero means I want you, I desire you, or I feel affection for you. Spanish people use this expression more than Te amo, which expresses romantic and sensual love instead.
The correct pronunciation of te quiero is teh KYEH-roh, the pronunciation of te amo is teh AH-moh.

I love you in Greek: S'agapo

In Greece, S'agapo means I love you, the substantive agape in fact signifies love. Be careful though, we are speaking of pure love, a soul love, not exactly the sensual and passionate feeling you might have in mind. Agape in Ancient Greece meant brotherly love, love towards God, and all that sort of spiritual feelings. For more earthly emotions, there was Eros, the Greek god of love, more sensitive to beauty and sensuality.
S'agapo is pronounced sah-gah-POH.

Speaking about the Czech Republic, we are not aware if some scientific surveys indicate how Czech behave when they are in love. We don't even know if they easily say Milují tě, or they prefer to keep silent. But we do know though what Milan Kundera (Czech author) wrote in his novel The Unbearable Lightness of Being about love: “Making love with a woman and sleeping with a woman are two separate passions, not merely different but opposite. Love does not make itself felt in the desire for copulation (a desire that extends to an infinite number of women) but in the desire for shared sleep (a desire limited to one woman).”
Milují tě is pronounced mee-LOOY tiah.

I love you in Slovak: Milujem ťa

We ignore how many times Slovaks say Milujem ťa to their loved ones, but we know that this Anglo-Saxon celebration is becoming very popular in this new tiny new nation. We also know that the majority of Slovaks love to celebrate Valentine’s Day buying sweets and flowers.
The correct pronunciation of milujem ťa is mee-LOO-yem tyah.

I love you in Turkish: Seni seviyorum

In Turkey, but also in Italy and in many other countries around the world, Valentine’s Day is not about friendship, but it is exclusively about love between sweethearts, husbands and wives, lovers. Seni seviyorum literally translated into English is not I love you but I’m loving you. It sounds like: I’m loving you now, but tomorrow I have no idea.
Seni seviyorum is pronounced SEH-nee seh-VYOH-room.

I love you in Polish: Kocham cię

In Poland, there is a high level of romance, but people are very shy in expressing their feelings. That's why they won’t pronounce so many times Kocham cię, but they will keep locking love padlocks on the bridges railing and throwing the keys into the river for eternal love.
The correct pronunciation of kocham cię is KOH-hahm-cheh.

I love you in German: Ich liebe dich

In Germany, Valentine’s Day is all about love and not friendship: love between a man and a woman; a man and a man; a woman and a woman. According to a recent British survey, Germany is one of the best country to find love if you are an expat. That’s because Germans speak many foreign languages, so it is easier to get in touch with locals and... fall in love.
Click Ich liebe dich and listen to the correct pronunciation of these wonderful words. As you may have heard in the audio file, the German ch sound is very difficult to be reproduced by an English speaker. It sounds as a rough ‘sh’, with some sort of k sound in it. If you can't reproduce it, don’t worry: you can get away pronouncing eesh LEE-beh deesh.

I love you in Dutch: Ik hou van jou

Apparently, the Dutch are not very romantic, and don't say Ik hou van jou very often. But we don't mind: in Holland, respect and parity of the sexes are far more important than chocolates and flowers once a year.
Ik hou van jou is pronounced eek HO-vah-nyow, rhyming with the word tow.

I love you in Norwegian: Jeg elsker deg

In Norway, Valentine’s Day is a rather new celebration, and it is not so popular. It is called Alle hjerters dag, the day of all hearts. Click and listen to the pronunciation of Jeg elsker deg, or read the pronunciation: ee-I EHL-sker-dah-ee. The letter I is pronounced as the English singular, first-person pronoun.

I love you in Swedish: Jag älskar dig

Jag älskar dig are words that people don't pronounce so frequently in Sweden, and even Valentine's Day is not so loved. Despite the flower sellers tried hard to push the idea of celebrating Valentine’s Day since the Sixties, this day became a popular celebration only around 1980, and mostly among the youngsters. The correct pronunciation of jag älskar dig is eeah EHL-skah-day.

I love you in Finnish: Minä rakastan sinua

I love you in Hungarian: Szeretlek

Hungary is a very romantic country, and not only because they celebrate Valentine’s Day. The national hero is Sándor Petõfi, a liberal revolutionary and poet. This is his most romantic poem:

My lovely girl, if you are the Heaven,
I shall be a star above on high;
My darling, if you are hell-fire,
To unite us, damned I shall die.

I love you in Russian: Ya lyublyu tebya

Ya lyublyu tebya, I love you in Russian, sounds more of a tongue-twister than a declaration of love. Remember: in Russia, love, loyalty, and family are celebrated on July 8. Read the pronunciation of ya lyublyu tebya: yah loo-BLOO tee-BAH.

I love you in Brazilian: Amo você

In Brazil, the celebration of love does not occur on February 14, but on June 12, and it is called Dia dos namorados, the day of lovers. The day you have to pronounce Amo você. Dia dos namorados is dedicated to St. Anthony, the saint able to make people fall in love.
Amo você is pronounced AH-moh voh-SEH.

I love you in Portuguese: Amo-te

I love you in Romanian: Te iubesc

I love you in Romanian is Te iubesc. In Romania, the day to celebrate love is not February 14, but ten days after: February 24. The festivity is dedicated to Dragobete, a sort of Cupid, a god of love belonging to the Romanian pagan tradition. According to the myth, Dragobete was able to make all the animals fall in love. The correct pronunciaton of te iubesc is Teh you-BESK.

I love you in Albanian: Të dua

In the Republic of Albania, Valentine’s Day is a rather new celebration, and it is meant to celebrate love and friendship. If you love an Albanian, whisper him Të dua. Read the pronunciation of të dua is t DOO-ah. The letter t, at the beginning, sounds like the letter t pronounced without the final ee.

I love you in Japanese: Kimi o aishiteiru

In Japan, there are two Valentine’s Days: the first is on February 14, a day during which women offer to men dark chocolate. After a month, on March 14, during The White Day, men (when they are interested), give back some white chocolate. Of course, this double Valentine’s Day was created by the confectionery industry. Click and listen to the correct pronunciation of Kimi o aishiteiru, or read the pronunciation: kee MYOH aeesh-too.

I love you in Chinese: Wo ai ni

In China, Valentine’s Day is becoming more and more popular, especially among youngsters. Actually, this festivity is becoming more important than the Double Seventh Festival, a sort of carnival celebrated in August during which single girls ask the Gods to find a boyfriend. No matter which day you celebrate, I love you in Chinese is always Wo ai ni, pronounced wo-I-nee. The letter I is pronounced as the English singular, first-person pronoun.

I love you in English: I love you

Valentine’s Day in all the English-speaking countries is a big celebration of love and friendship. The association between the saint and the celebration of love started with Geoffrey Chaucer, the greatest English poet of the Middle Ages. He wrote about St. Valentine's Day as a special day for lovers in his love poem The Parliament of Fowls. Centuries later, in 1868, Richard Cadbury produced his first Valentine's Day box of chocolates and the Hallmark company released the first Valentine card in 1913.
Listen to the correct pronunciation of I love you.