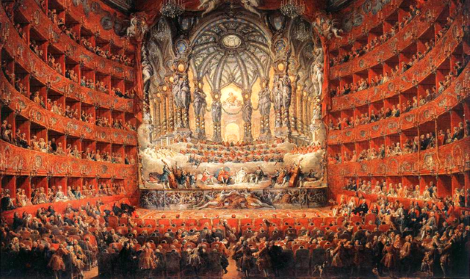 How to pronounce Ludwig van Beethoven
The German composer and pianist, baptised in 1770, December 17, is one of the most important and influential composers of all time. He wrote nine symphonies, various concertos for piano, violin and string quartets. That’s the reason why you have to pronounce his name correctly.
Click and listen Ludwig van Beethoven

How to pronounce Vincenzo Bellini
The Italian opera composer, born on November 3, in 1801, was one of the most important musicians in Italy and his name is one of the easiest to pronounce. He wrote ten operas: the most famous are La sonnambula (The Sleepwalker), I puritani (The Puritans) and Norma. The delicious Italian dish, pasta alla norma (a pasta dish from Sicily with fried eggplants and tomato sauce), was named after the famous Sicilian composer. The Bellini cocktail as well, invented by Giuseppe Cipriani, founder of the Harry's Bar in Venice, was named after him.
Click and listen Vincenzo Bellini

How to pronounce Georges Bizet
Georges Bizet, born Alexandre César Léopold Bizet, was born in Paris in 1838, October 25. The pronunciation of his name can be tricky due to the final “t”. He died early, at 37, but the cause of his sudden death was never clear: it could have been a heart attack or a depression which led him to kill himself. His most important work is Carmen, based on a novella by French dramatist Prosper Mérimée.
Click and listen Georges Bizet

How to pronounce Gaetano Donizetti
The Italian composer, Gaetano Donizetti, born in 1797, November 29, was from Bergamo in Lombardia. He was a very important exponent of the bel canto, literally translated in English, beautiful singing. He wrote his first opera, Il Pigmalione (Pygmalion), when he was 19. Years later he wrote Lucia di Lammermoor. His last name may sound difficult to pronounce to English speaking world.
Click and listen Gaetano Donizetti

How to pronounce Antonínv Dvořák
The Czech composer, born on September 8, in 1841, started playing violin at the age of 6. He wrote nine symphonies, ten operas, chamber music and piano music. He was famous worldwide. Antonín Dvořák is the composer with the most difficult name to pronounce.
Click and listen Antonín Dvořák

How to pronounce Joseph Haydn
The German composer Joseph Haydn, born in March 31, in1732, was a famous symphonist and he was also the inventor of the string quartet. He was a music teacher as well: his most renowned pupil was Ludwig van Beethoven. His name is still one of the most mispronounced ones: the majority of people think that his last name is of British descent.
Click and listen Joseph Haydn

Franz Liszt
The hungarian composer, born in 1811, October 22, was also a conductor, a pianist, and a teacher. He became a virtuoso pianist after attending to a concert by Italian violinist Niccolò Paganini. Liszt wanted to be as good with his piano as Paganini was with his violin... and he made it.
Click and listen Franz Liszt

How to pronounce Jacques Offenbach
Jacques Offenbach, born in 1819, June 20, in Germany, spent almost all his life in France, where his given name Jacob became Jacques. His last name is now pronounced in French. Offenbach wrote about one hundred operettas, a genre of light opera, and an unfinished opera The Tales of Hoffmann.
Click and listen Jacques Offenbach

How to pronounce Giacomo Puccini
Giacomo  Puccini, born Giacomo Antonio Domenico Michele Secondo Maria Puccini was one of the most prolific and celebrated composers of all time. Born in Tuscany in 1858, December 22, Puccini composed the most famous operas: Manon Lescaut, La bohème, Tosca, Madama Butterfly,  and Turandot. Why so many operas dedicated to women? Because Puccini was an unrepentant womanizer.
Click and listen Giacomo Puccini

How to pronounce Gioachino Rossini
The Italian composer, with a given name tough to pronounce, was born in 1792, February 29. He was a very prolific composer: he wrote 39 operas. The most famous are Il barbiere di Siviglia (The Barber of Seville), La Cenerentola and Guglielmo Tell (William Tell). He was nicknamed The Italian Mozart.
Click and listen Gioachino Rossini

How to pronounce Franz Peter Schubert
Franz Peter Schubert was an Austrian composer born on January 31, in 1797. He had syphilis and he died very young, at 31, but he left a huge legacy. His most important symphonies are Die schöne Müllerin (The beautiful girl from the mill), Die Winterreise (The Winter Journey), and the Great C Major Symphony. Click and listen Franz Peter Schubert

How to pronounce Richard Strauss
Richard Strauss, the most important Romantic German composer and conductor, was born in 1864, June 11. He wrote operas, symphonic poems, but what we all know is his famous Frühlingsstimmen, an orchestral waltz written in 1882.
Click and listen Richard Strauss

How to pronounce Giuseppe Verdi
Giuseppe Verdi is the most important Italian composer and the pronunciation of his name is not that difficult, but the thing is... we just wanted him to be in this list. Born Giuseppe Fortunino Francesco Verdi, in the province of Parma, on October 10, in 1813, the great musician wrote the most famous operas performed all over the world: La traviata, (The Fallen Woman), Nabucco, Il trovatore (The Troubadour), Aida, Ernani, Falstaff, I masnadieri (The Bandits), Rigoletto. When he was young he was rejected by the Conservatorio di Milano, the renowned school of music in Milan, but later the very same school was renamed after him: Il Conservatorio di musica Giuseppe Verdi.
Click and listen Giuseppe Verdi

How to pronounce Antonio Vivaldi
The Italian Baroque composer, Antonio Vivaldi, born on March 4, 1678, was a virtuoso violinist, a teacher and a priest. Shame he could not play wind instruments because he had asthma. His best-known work is a set of four violin concertos, The Four Seasons (in Italian Le quattro stagioni), which was composed in 1720. Do not be mistaken with Pizza quattro stagioni: a delicious pizza with tomato sauce, Prosciutto, artichokes and mushrooms marinated in olive oil.
Click and listen Antonio Vivaldi

La primavera (The Spring) at La Scala in Milan