How to pronounce Italian wine names 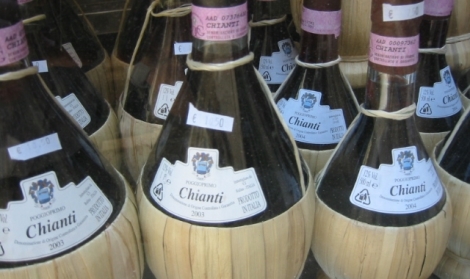 Amabile (very easy to pronounce) means sweet, gentle, pleasant. In music, amabile indicates notes to be played melodiously. At the table, we are talking about a dry white wine DOC from Veneto.

Amarone is a full-bodied Italian red wine (DOCG) from the province of Verona. It is a very good and very expensive wine. Amarone means literally very bitter.

Arneis is a white wine produced in Piedmont, in Italy. The pronunciation can sound difficult... listen to it more than once.

Barbera is an Italian red wine, produced mainly in Piedmont, in Northern Italy. For decades, Barbera has been the classic red table wine.

Barolo is a red DOCG wine produced in Piedmont. It is made from the Nebbiolo grape and is one of Italy's best wines.

Bollicine literally translated from Italian means small bubbles and it is used instead of Spumante, a sparkling wine. Do not use this term if you are trying to impress with your wine expertise. Bollicine is used by drinkers not by sommeliers.

Bonarda is a red wine from the area of Pavia. It can be dry or amabile (literally lovable, which means semi sweet).

Breganze is a small town in Veneto famous for its red and white Italian DOC wines. You should taste the sweet passito one.

Brunello di Montalcino is a red DOCG wine produced in Tuscany. This is one of Italy's best-known and most expensive wines.

Chianti is a red Italian wine produced in Tuscany. A long time ago It was sold in Fiasco, a squat bottle in a straw basket.

Grignolino is a red wine produced in Piedmont. Grignolino is also known with so many other names. Sorry, we do not have enough room to mention all of them.

Gattinara is a red wine (DOCG) produced from Nebbiolo grape in the area of Gattinara (Vercelli), to be enjoyed with red meats.

Grumello is the name of two different villages in Northern Italy, but it is also a red wine DOCG from Valtellina, in Lombardy.

Gutturnio is a red wine DOC from the area of Piacenza, apparently created by Julius Caesar’s father-in-law, whose mother was just from Piacenza.

Lambrusco is a red wine produced in Lombardy and Emilia-Romagna. It is a dry wine, but it can be also produced as “amabile”  (lovable), slightly sweet or “dolce” (sweet).

Marsala is a wine (DOC) similar to Port, produced in the city of Marsala, in Sicily, and frequently used in cooking.

Negramaro is a red still wine from Apulia, and particularly from Salento, the so-called “heel” of Italy.

Nero d'Avola is one of Italy's most important indigenous varieties of wine, from Avola, in Sicily.

Prosecco is a dry or extra dry sparkling wine produced in Veneto and Friuli Venezia Giulia (mainly in Conegliano and Valdobbiadene areas). Prosecco is the main ingredient of the Bellini cocktail.

Sangiovese is one of the most common wine-grapes cultivated in Italy. You can see this kind of vineyard, Vigneto, in all the area that goes from Romagna to Campania. Sangiovese wine is the pride of Toscana.

Solopaca is a red and white wines produced in Solopaca, a village in Campania.

Taurasi is a red wine from the province of Avellino which takes the name from a village in the area. This wine was produced even before Roman times.

Trebbiano is one of the most extensively planted grape in the world. So many wines are produced with this grape, even Cognac.

Valpolicella is the viticultural area in the province of Verona, very close to Lago di Garda, famous for its wine production. It is also a red wine (DOC) produced just in the Valpolicella region.

Verdicchio is a white wine from Marche, in central Italy. Verdicchio (literally, greenish) is the colour of the grape used to produce this ancient wine.