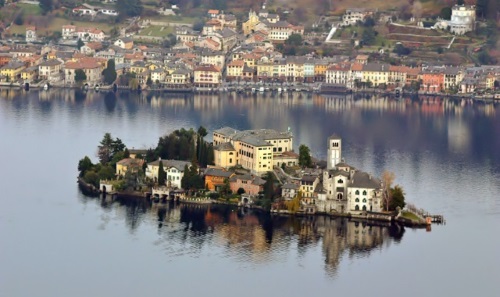 Even with the COVID-19 emergency you can still plan your summer holidays in the enchanting Italian lakes regions. You can visit enchanting towns and villages overlooking the water, with mountains, trees and the flowers creating romantic and unforgettable sceneries.

Lago di Como is considered the most beautiful lake in Italy. No wonder George Clooney owns a beautiful villa in Laglio (listen to the pronunciation: it’s kind of hard), a small village on the lake coast. Visiting the lake, you should go to Isola Comacina, a small island which looks like a floating enchanted wood.

Lago di Garda is the biggest lake in Italy, it is also called Benaco. The lake is a very popular holiday destination both for Italians and foreigners. The lake has five islands and the one you might want to see is Isola Borghese (called also Isola di Garda), the biggest one, with the magnificent Venetian neogothic Villa Borghese Cavazza.

Lago d'Iseo is probably the least known lake in the Northern lake district, but it has recently reached a great popularity thanks to the Bulgarian artist Christo who installed The Floating Piers, a series of orange walkways. Millions of visitors have walked on its waters in June 2016. In the lake you can visit Montisola, the biggest Italian lake island. Close to Montisola, you will see Isola di Loreto, a far smaller island with a wonderful castle.

Lago d'Orta is in the region of Piemonte, in Northern Italy, and it was once called lake San Giulio. In the middle of the lake there is a small island called Isola di San Giulio, the one you can see in the picture above.

Lago di Pusiano is a small jewel in Lombardia, in Northern Italy. The small lake has an island which is considered one of the most beautiful islands to see, it is called Isola dei Cipressi.

Lago di Bolsena is a lake of vulcanic origin. The lake is surrounded by trees and hills. It is in the province of Viterbo, in the region of Lazio, in Central Italy. It has few islands: the biggest is Isola Bisentina, a jewel of gardens, trees, and monuments.

Lago di Bracciano was once called lake Sabatino. This vulcanic lake is in the region of Lazio, in Central Italy. The lake is very close to Roma and it is a very popular destination for tourists from all over the world. Its castle has been the location of very high profile weddings: Tom Cruise and Katie Holmes celebrated there their wedding in 2011.

Lago Trasimeno is the largest lake in Central Italy. It is in the province of Perugia, in the Umbria region. The lake has three islands, the biggest is Isola Maggiore, the only one with inhabitants: just 18 residents.