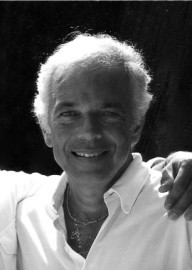 Ralph Lauren is an American fashion designer, fashion company and brand. Ralph Lauren produces products that cover the mid-range and luxury market segments. They mainly produce clothing, fragrances and accessories.
Ralph Lauren founded his company in 1967 and produced his first and most emblematic clothing line, "Polo", which featured the typical Ralph Lauren logo with a polo player on it.
Ralph Lauren's birthname was actually Ralph Lifshitz, but he decided to change his name in his late teens because of the bullying he had endured due to his actual last name.
Due to the fact that Ralph Lauren operates in the fashion industry and because of the sound of his new last name, many people in European countries are often confused as to how to pronounce Ralph Lauren, mistaking it for a French name. Others simply don't know where to place the stress in his last name. So, is it LAUR-en or Lau-REN?
First of all, Ralph Lauren is not a French name, but an English name. Second, the stress is on the first syllable. Therefore, the correct pronunciation of Ralph Lauren is ralf LOR-en.READ MORE
Fashion quotes by the most famous fashion designers worldwide and the pronunciation of their names